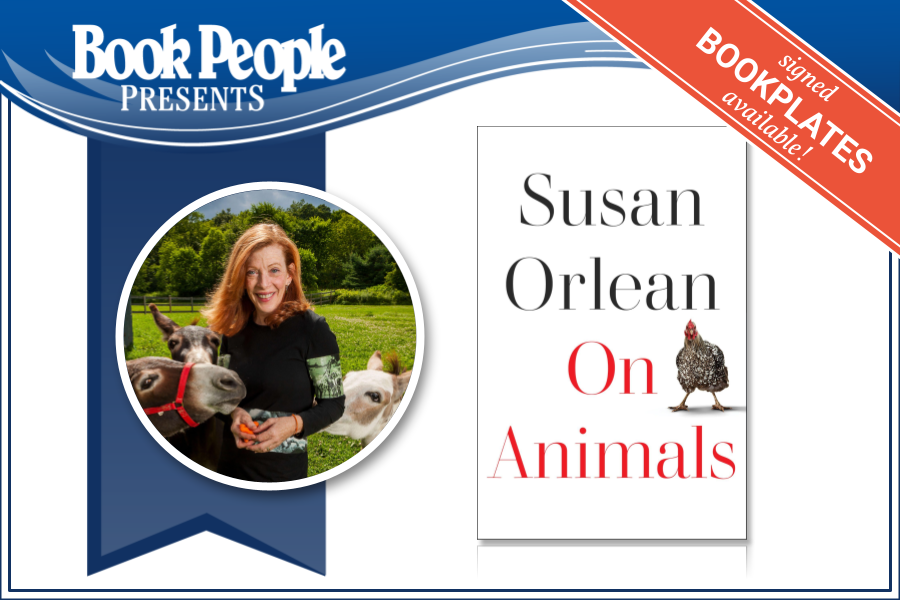 Susan Orlean—the beloved New Yorker staff writer hailed as “a national treasure” by The Washington Post and the author of the New York Times bestseller The Library Book—gathers a lifetime of musings, meditations, and in-depth profiles about animals.

“How we interact with animals has preoccupied philosophers, poets, and naturalists for ages,” writes Susan Orlean. Since the age of six, when Orlean wrote and illustrated a book called Herbert the Near-Sighted Pigeon, she’s been drawn to stories about how we live with animals, and how they abide by us. Now, in On Animals, she examines animal-human relationships through the compelling tales she has written over the course of her celebrated career.

These stories consider a range of creatures—the household pets we dote on, the animals we raise to end up as meat on our plates, the creatures who could eat us for dinner, the various tamed and untamed animals we share our planet with who are central to human life. In her own backyard, Orlean discovers the delights of keeping chickens. In a different backyard, in New Jersey, she meets a woman who has twenty-three pet tigers—something none of her neighbors knew about until one of the tigers escapes. In Iceland, the world’s most famous whale resists the efforts to set him free; in Morocco, the world’s hardest-working donkeys find respite at a special clinic. We meet a show dog and a lost dog and a pigeon who knows exactly how to get home.

Susan Orlean has been a staff writer at The New Yorker since 1992. She is the New York Times bestselling author of seven books, including The Library Book, Rin Tin Tin, Saturday Night, and The Orchid Thief, which was made into the Academy Award–winning film Adaptation. She lives with her family and her animals in Los Angeles and may be reached at SusanOrlean.com and on Twitter @SusanOrlean.

Thank you for supporting Susan Orlean, and your local independent bookstore!