Watching The Detectives: An In-Depth Discussion of Private Eye Fiction

The Best of Manhunt (Paperback) 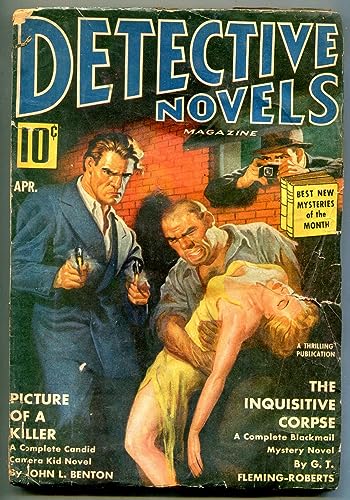 In Conversation with Scott Montgomery

On the Third Floor of BookPeople

ABOUT WATCHING THE DETECTIVES

Few characters are as iconic as the trenchcoat and fedora clad private eye, but a lot has changed since Sam Spade's day. Crime fiction coordinator Scott Montgomery leads a discussion of private detective fiction with a panel of authors, historians, and editors who include Matt Coyle, Tim Maleeny, Laura Oles, Tim Bryant, Billy Kring, and Jeff Vorzimmer.

Matt Coyle is the author of the Rick Cahill mysteries. He knew he wanted to be a crime writer at age thirteen when his father gave him Raymond Chandler’s The Simple Art of Murder. His books have won the Anthony, Ben Franklin Silver, Foreword Reviews Book of the Year Silver, and San Diego Book Awards, and have been nominated for the multiple Macavity, Shamus and Lefty Awards. Matt hosts the Crime Corner podcast on the Authors on the Air Global Radio Network and lives in San Diego with his yellow Lab, Angus.

Time Maleeny is author of the award-winning Cape Weathers series of mysteries and the bestselling comedic thriller JUMP, which The Boston Globe called “hilarious” and Publishers Weekly described as “a perfectly blended cocktail of escapism.” His short fiction appears in several major anthologies and has won the prestigious Macavity Award for best story of the year. Booklist says, “The Cape Weathers mysteries are smart, snappily written, energetic mysteries starring an engaging hero.”

Laura Oles’ debut mystery, Daughters of Bad Men, was an Agatha nominee, a Claymore Award finalist and a Killer Nashville Readers' Choice nominee. She is also a Writers' League of Texas award finalist. Her short stories have appeared in several anthologies, including Murder On Wheels, which won the Silver Falchion Award in 2016. Her most recent short story, “The Deed” was included Denim, Diamonds, and Death: Bouchercon Anthology 2019. Before turning to crime fiction, Laura spent two decades as a photo industry journalist covering technology trends for a variety of consumer and industry magazines. She lives in the Texas Hill Country with her family. You can find her at https://lauraoles.com

Tim Bryant lives in Nacogdoches, Texas. He has written the Wilkie John Westerns (A World Of Hurt, Dead And Buried) for Kensington as well as four Dutch Curridge Mysteries, coming to Speaking Volumes Publishing in 2020. He was named one of the Top Five Texas Authors of 2014 by BookPeople in Austin, Texas for Spirit Trap. In his spare time, he runs an independent bookstore (The Bosslight) and writes and records music (Elephant Verses Train). He loves Alpine, New Orleans, Fort Worth and Galveston and likes living in the middle of them.

Before becoming a writer, Billy Kring was a US Border Patrol Agent, and after that career, he became a consultant and advisor on Antiterrorism and International border issues, working in Countries in Eastern Europe, South America, the Pan Pacific, Mexico, Central America, and the Caribbean. He also worked as an actor and scriptwriter before focusing on novels. He is the author of two ongoing Mystery Series, with seven novels in the Hunter Kincaid Series, and three novels in the Ronny Baca Series, as well as several standalone works and short stories.

Jeff Vorzimmer is the editor of The Best of Manhunt: A Collection of the Best of Manhunt Magazine, He got his start in Wall Street writing press releases before moving to Texas where he spent more than twenty years at The Austin American-Statesman. He is currently an Associate Editor at Stark House Press. His writing has appeared in The Philadelphia Inquirer, 2600 and Cool and Strange Music as well as the anthology The Best of 2600.