The Long Alliance: The Imperfect Union of Joe Biden and Barack Obama 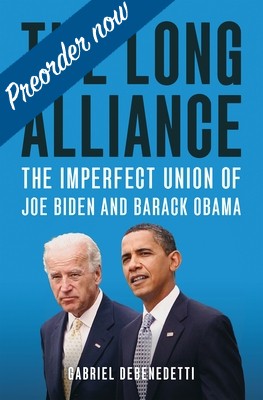 Delving far deeper than the simplistic “bromance” narrative that’s long held the public eye, The Long Alliance reveals the past, present, and future of the unusual partnership, detailing its development, its twists and turns, its ruptures and reunions, and its path to this pivotal moment for each man’s legacy.

The true story of this relationship, from 2003 into 2022, is significantly more layered and consequential than is widely understood. The original mismatch between the veteran Washington traditionalist and the once-in-a-generation outsider has transformed repeatedly in ways that have molded not just four different presidential campaigns and two different political parties, but also wars, a devastating near-depression, movements for social equality, and the fight for the future of American democracy. The bond between them has been, at various times over the past two decades, tense, affectionate, nonexistent, and ironclad — but it has always been surprising. Now it is shaping a second presidential administration, and the future of the world as we know it.