Walking with the Wind: A Memoir of the Movement (Sale Copy) 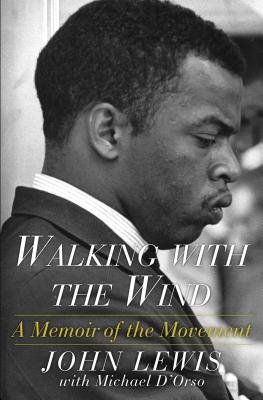 Primary Author:
Lewis, John
Other Authors:
Lewis, John; D'Orso, Michael
Binding Type:
Paperback
Publisher:
Simon &amp;amp; Schuster
Publication Date:
02/10/2015
ISBN:
9781476797717
List price: $18.00
Book Description:
An award-winning national bestseller, Walking with the Wind is one of our most important records of the American Civil Rights Movement. Told by John Lewis, who Cornel West calls a “national treasure,” this is a gripping first-hand account of the fight for civil rights and the courage it takes to change a nation.

In 1957, a teenaged boy named John Lewis left a cotton farm in Alabama for Nashville, the epicenter of the struggle for civil rights in America. Lewis’s adherence to nonviolence guided that critical time and established him as one of the movement’s most charismatic and courageous leaders. Lewis’s leadership in the Nashville Movement—a student-led effort to desegregate the city of Nashville using sit-in techniques based on the teachings of Gandhi—set the tone for major civil rights campaigns of the 1960s. Lewis traces his role in the pivotal Selma marches, Bloody Sunday, and the Freedom Rides. Inspired by his mentor, Dr. Martin Luther King, Jr., Lewis’s vision and perseverance altered history. In 1986, he ran and won a congressional seat in Georgia, and remains in office to this day, continuing to enact change.

The late Edward M. Kennedy said of Lewis, “John tells it like it was…Lewis spent most of his life walking against the wind of the times, but he was surely walking with the wind of history.”